Fitzroy and the Confounding Labyrinth is a top down action  game (with plenty of challenges to solve) for the Amstrad CPC and is a 2022 entry for the CPCRetroDev game competition.

The game has been developed using the amazing CPCtelera game library.

Shouldn't be too hard but watch out for anything that can kill you. Whether it moves or not it is probably out to get you.

There are several different player actions that have been combined into a single control (this allows for a single button joystick).

The combined actions are:

If Fitzroy is carrying a block, he will drop the block (if there is a clear space for it in front of him).

If Fitzroy is in front of an interactive object, then it will activate that object.

Otherwise, it fires the weapon (assuming Fitzroy has picked it up and has sufficient ammo).

The game includes a droppable block mechanic, this is a block that Fitzroy can carry and drop in the level. Fitzroy cannot shoot or activate an interactive object while carrying a block. He can also only carry a single block at a time.

Move onto the block to pick it up.

When you are carrying a block the hud will display a block.

In order to drop a block there must be an empty space (or something that you are allowed to drop the block onto) in front of Fitzroy. The block will be dropped in front of the direction that Fitzroy is facing but slightly to the left.

If you need any more information or hints look at the user manual, you might be the first person to actually read it!

This game has been developed by:

Additional help has returned this year:

The game source code has been released under an MIT License.

The game was developed with the help of the following software:

Fitzroy and the Confounding Labyrinth includes a gesture for Larcena's Legacy in two ways. It includes two items that are inspired from graphics in the game.

Several of the characters in Larcena's Legacy were wearing glasses. I have added glasses as a special item to collect and use in the game. 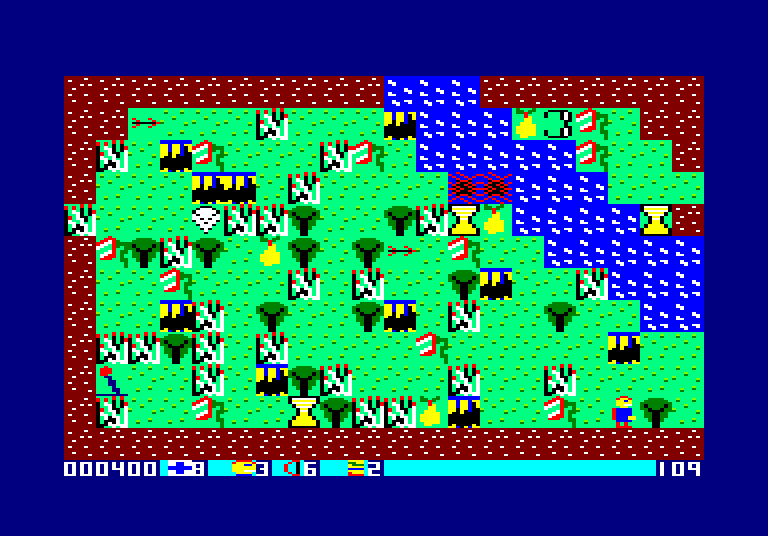 Secondly I have added a coin to each level that is particularly tricky to collect but will give you extra points if you collect them all. 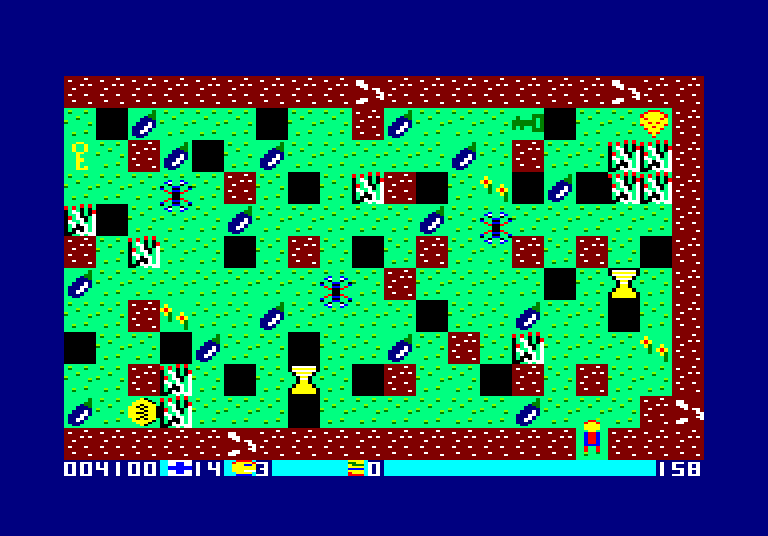 On a real Amstrad CPC:

Load the game file into the emulator, then type RUN" and press ENTER.

Very addictive game with a lot of different stuff 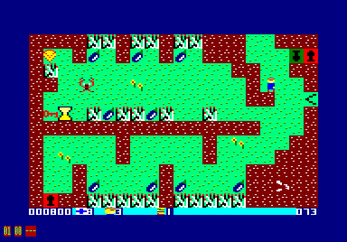 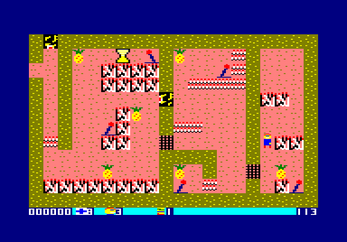 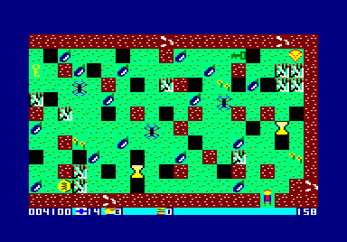 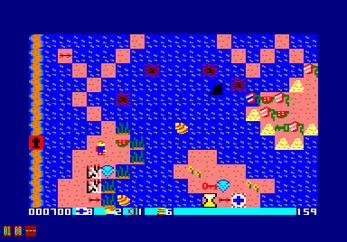